The fourth-season premiere of Better Call Saul landed last Monday evening, and it was every bit as entertaining and brilliant as fans have come to expect. But it also included a detailed, accurate, and dryly hilarious scene wherein a main character takes stock of a large corporation’s major safety and security failings. 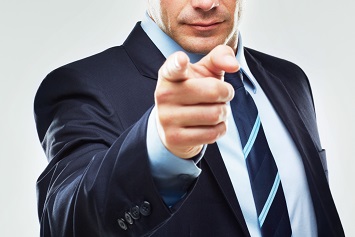 Sometimes it can be hard for professionals to see a depiction of their field onscreen. Archeologists cringe at Indiana Jones. Cybersecurity professionals laugh at Person of Interest (and any number of other recent shows or movies that throw the word “hacking” around a bit too freely). And don’t get scientists, police officers, or lawyers started on any version of CSI.

So it’s always a bit refreshing when some form of entertainment gets it right—especially the somewhat more mundane aspects of the job. And Better Call Saul did exactly this for facilities management, safety, and security professionals in its season 4 kick-off.

[Quick note: While I doubt that anything in this article could be remotely considered a “spoiler,” if you don’t want to know anything about last Monday’s Better Call Saul premiere, stop reading now.]

At the end of last season, Mike Ehrmantraut, the former corrupt cop and current part-time henchman/full-time doting grandpa played by Jonathan Banks, was looking to get some very hard-earned money laundered. Long story short, he was connected with a large multinational corporation called Madrigal that was willing to do the job for him, legitimizing his funds via a seemingly ordinary paycheck. His contact at Madrigal, Lydia Rodarte-Quayle, said he would be listed as a “logistics consultant.”

Flash forward to halfway through Monday’s premiere, and Mike gets his money, clean as a whistle, in a check from Madrigal Electromotive in the amount of $10,120.51. Mission accomplished.

But then, later in the episode, Mike does something interesting … he actually does his job as a security consultant for the company and performs a very thorough security penetration test, a frank assessment of environment, health, and safety (EHS) practices in a warehouse environment, and an overall audit of Madrigal facilities management practices.

After lifting a picture ID from a Madrigal employee’s home, Mike stands in the foyer of one of the company’s satellite offices that also has a warehouse. He watches as a couple of employees walk right by him. I should probably mention at this point that, aside from both men being bald, the picture on the ID looks nothing like Mike.

So Mike continues on, helping himself to a clipboard in an empty cubicle. He then heads to the break room, fixes a cup of coffee, looks at all the memoranda on the company bulletin board, and then even inserts himself into some banter between two employees (who he knows couldn’t have possibly ever seen him before) debating whether Muhammed Ali or Bruce Lee would win in a fight.

As Mike turns to leave, one of these employees calls out, “Hey, hold up, wait—wait!” Mike turns around slowly. Has his presence finally been challenged by a vigilant employee?

“Did you sign Tina’s birthday card?” the employee asks.

Oh, well. Mike takes the card and signs the name of the employee whose ID he stole before moving on to the warehouse. He’s careful to pick up a reflective vest and a flashlight on the way in before taking off in a little Madrigal-branded golf cart to make his trek around the large facility more efficient.

Several times Mike stops his cart near groups of employees. He appears to be irritated at the lackadaisical safety awareness of some workers, and it also seems like he’s almost hoping one of them gets with the program and finally asks him, “Who the heck are you?”

But nobody does. And the unofficial facilities audit continues. Here are some of the things Mike does in the warehouse: 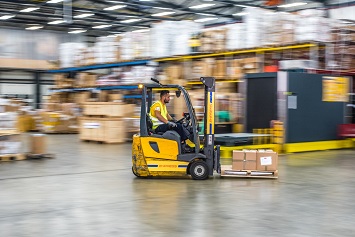 Later, Mike calls over the supervisor of a crew that is moving a bunch of boxes while pulling an order. Mike chides the supervisor for not equipping the employees on his team with lift belts and gloves, and he sends the stunned employee to the equipment room, since “rules are rules, you got me?”

Now, if you’re in charge of EHS as well as facilities management, you probably know that the effectiveness of lift belts is questionable at best, but this is a relatively minor quibble. After all, when was the last time a television show made a point of detailing any kind of personal protective equipment (PPE) protocols? This is still a thoroughly enjoyable facilities management shout-out!

Finally, Mike finds the employee whose ID he lifted in order to gain access. The employee is wearing a temporary pass—clearly there wasn’t a security sweep after a missing ID was reported.

Mike drives up behind the employee in his cart, pulls out the ID, and says, “Uh, excuse me. I think this belongs to you … I need to talk to your manager.”

And that’s when Mike unloads on the manager in a wonderful moment:

“I waltzed through security with someone else’s ID. Nobody gives me a second look. When the rightful owner shows up, there’s no facilitywide badge check. I find access doors left unlocked or propped open, passwords written on Post-It notes; where else workers are using pen and paper instead of electronic inventory devices, which leaves you wide open to pilfering?? You’ve got duplicate routing numbers on cargo, surveillance camera blind spots on the north and the east side of the floor, inventory documents that are going into the trash instead of being shredded, not to mention loading equipment being driven at unsafe speeds and crews disregarding safe …”

At this point, someone—the manager being chewed out—finally asks, “Wait, who are you, exactly?”

If not for his ties to the criminal underworld, Mr. Ehrmantraut would be a valuable asset to any corporate facilities team!

Of course, we later find out that Lydia is not very happy that the guy for whom she just laundered money is now drawing attention to himself companywide—even if he is improving facilities practices. It will be interesting to see how it develops.