We’ve been told since we were kids that it’s polite to hold the door for folks coming into a building or room behind you. While this cultural maxim works fine at, say, the coffee shop, though it could actually pose a security risk at your business or facility. Too often, unsuspecting employees use their credentials […]

When it comes to security systems, access controls, and the policies and procedures in place to dictate their proper usage, there is often a tendency to set it and forget it. That is right up until there’s a critical failure. It’s important to continually test and evaluate the systems we have in place to protect […] 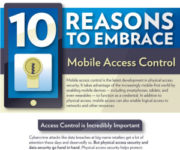 Cybersecurity has taken up a great deal of real estate in the press recently, and rightfully so. With the number of highly publicized data breaches, alongside ransomware, cryptomining, trojan horse, and distributed denial of service attacks there’s always something in the headlines. While buttoning up your organization’s data security is a must, cybersecurity must go […] 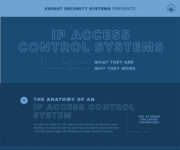 Our needs are always changing and given that there has been continual innovation and refinement in facility security technology over the last few years, and it never hurts to revisit your access controls.

The fourth-season premiere of Better Call Saul landed last Monday evening, and it was every bit as entertaining and brilliant as fans have come to expect. But it also included a detailed, accurate, and dryly hilarious scene wherein a main character takes stock of a large corporation’s major safety and security failings. 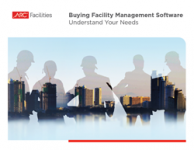