There is a host of reasons for a facility to invest in a new security system, from upgrading older (or dead) equipment to meeting the changing demands of a growing organization. Sure, it’s important to choose the proper high-definition cameras, system devices, and management software to meet your security needs. However, it’s often easy to overlook the cables required to make the whole system function. 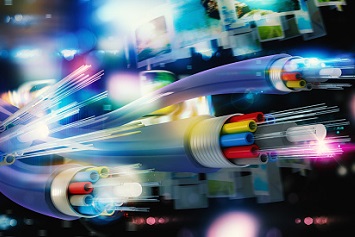 The majority of modern security solutions are Internet protocol (IP)-based, sending and receiving data over a network, rather than analog closed-circuit television (CCTV) cameras. This applies to both the cameras and the systems capturing data. This means that if you only need to upgrade your legacy system, it’s likely that all the analog cameras and coaxial cabling used to connect the older equipment are still usable. There are many encoders on the market designed to make this transition possible. They take the analog output of the camera and convert it for use by an IP-based security system.

Another option would be to upgrade to IP cameras when upgrading the system while keeping the coaxial cables in place. The problem is that coaxial cable isn’t built to handle the digital output of the cameras, so that would mean installing adapters at both the device and the switch.

While encoders and adapters are cost-effective solutions in the short term, they introduce new points of failure into a given security system. This could make them costlier long-term solutions.

To truly get the biggest bang for your buck with your new IP systems, though, you’ll need to upgrade your cables as well. There are currently two choices: Ethernet (copper) cable or fiber optic (glass) cable. There are pluses and minuses to each, so let’s hash them out below.

Ethernet cables are made from twisted copper wires and are designed to carry data along a cable using an electrical current. This is done by varying the voltage of the current, as data are simply combinations of zeroes and ones. Newer Ethernet categories are expanding the amount of data a cable can carry. At the moment, Cat 5e is the most commonly used in home applications and can support speeds of up to 1,000 Megabits per second (Mbps) over 100 meters (m). Cat 6, 6a, 7, and 8 cables can support larger data transfers, ranging from 10 Gigabits per second (Gbps) to 40 Gbps, and are more commonly used in businesses and data centers, where there is a larger demand to move data quickly.

Fiber optic cables use light to send digital data along flexible, optically pure glass or plastic fibers that are about the width of a human hair. Because these cables use light, they allow for the rapid movement of data. The speed and length of data transmission are dependent on which type of fiber optic cable you choose: single or multimode. The differences between the two modes are significant and dictate how each is used in any given deployment.

Single-mode fiber has a narrow core of optical glass surrounded by highly reflective cladding. As its name implies, it only carries data via a single mode of light, typically transmitted by laser. These properties allow for a much lower attenuation (data loss) over longer distances, making it ideal for use in high bandwidth runs needed by telecom and communications companies or college/university campuses, for example.

There are some significant differences to consider when choosing between fiber optic and Ethernet cabling, as there are pros and cons to both. Let’s take a look at the major differences:

Ethernet cable has improved over the last decade, with Cat 7 and Cat 8 able to support up to 25 Gbps to 40 Gbps over 30 m runs. However, regardless of category, copper has a much higher attenuation rate, and that only increases with the distance of the run. This means that you would need to install an amplifier or repeater for every 100 m (328 feet (ft)) of cable.

Fiber optic cables are clear winners in this category. Multimode cables can reliably handle 40 Gbps and up to 100 Gbps depending on the quality of the cable, and in 2014, researchers were able to push 255 Terabits per second (or 32 Terabytes per second) using a multicore single-mode cable. In terms of speed and distance, it depends on the light mode, but fiber can reliably transmit data between 610 m and 2,000 m (2,000 ft and 6,562 ft) before the signal requires amplification.

Working with Ethernet cabling is straightforward. Copper is a flexible metal and can bend a great deal before it succumbs to the stress, making it ideal to use in tight spaces. However, there are a few notable downsides. Ethernet cables do pose a very (and I mean very) minimal fire hazard risk, particularly if they are used to carry power to a device (such as an outdoor security camera … still a very small risk). If you are running Ethernet cables to outside cameras, such as those on light poles in parking lots or at the edge of a property, there is also the risk of attracting a lightning strike.

Ethernet cables also pose a security risk, as they tend to leak data, and a motivated criminal could tap into that transmission or splice into the line. Copper cables are also susceptible to outside interference, be it from electrical sources or other cables carrying data.

As for fiber optic cable, it wins on the security issues, as it doesn’t radiate data signals at all. On the downside, it is harder to work with. Because it is made of glass, there is a chance for breakage if bent too far, despite its flexibility. There is also a greater chance of damaging the cable during installation or during some later construction. It is also difficult to properly splice fiber optic cable. It would make sense to raise these concerns with vendors before purchase.

In the short term, Ethernet is much more affordable. The cable and components tend to be cheaper, and installation costs are lower due to its ease of use. However, Ethernet installations tend to require more regular maintenance, increasing ownership costs over time.

Fiber optic is hands down the more expensive option up front, as the cost of the cable (especially single mode) is greater, as are installation costs. That said, it has a lower ownership cost over time, as deployments tend to require less maintenance (compared to copper). It also provides a degree of future-proofing, as the cables can more easily handle expanded bandwidth without having to run new cable.

Both Ethernet and fiber optic cables show clear advantages when compared to reusing existing coaxial cabling for an upgraded security system. In the end, the best choice will be whichever solution allows you to get the best bang for your company’s security dollar. But being informed about the choices will certainly help when talking to those in charge about how best to secure their property and employees.