The tragic explosion of fertilizer-grade ammonium nitrate at the West, Texas, distribution facility in April 2013 has had a powerful impact on the direction of the EPA’s implementation of the Clean Air Act’s Risk Management Program (RMP, CAA Section 112(r)). 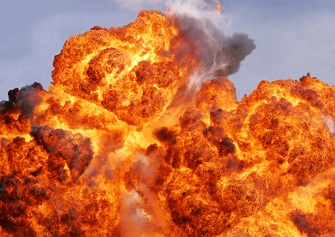 Much of that impact appears to pivot around the issue of whether the explosion was either accidental or the result of criminal activity. The EPA has indicated that President Obama’s May 2014 Executive Order, Improving Chemical Facility Safety and Security, which included instructions to the Agency to consider revisions to the RMP, was motivated at least in part by the West, Texas, incident. The Agency subsequently issued amendments to strengthen multiple parts of the RMP regulations (January 17, 2017).

“The RMP rule has been effective in preventing and mitigating chemical accidents in the United States and protecting human health and the environment from chemical hazards,” the EPA stated. “However, major incidents, such as the West, Texas explosion highlight the importance of reviewing and evaluating current practices and regulatory requirements, and applying lessons learned from other incident investigations to advance process safety where needed.”

Accordingly, the Agency promulgated multiple revisions, including improving communication between facilities and emergency responders, requiring root cause analyses of chemical incidents and near misses, and requiring chemical facilities to consider inherently safer chemicals and production processes.

Conversely, in a subsequent proposal (May 30, 2018, FR), the EPA requested comments on rescinding virtually all the changes in the 2017 final rule. The Agency said one incentive for the proposal was a finding by the Bureau of Alcohol, Tobacco, Firearms, and Explosives (BATF) that the West, Texas, incident resulted from criminal conduct.

Most stakeholders have accepted the BATF’s finding of criminal conduct, but not all. One exception is the U.S. Chemical Safety and Hazard Investigation Board (CSB), the premier federal agency for investigating chemical accidents in the U.S. and recommending actions all stakeholders can take to reduce the occurrence of such incidents. The CSB investigated the West, Texas, incident as a member of teams that included both the BATF and Texas State Fire Marshall’s Office.

“No evidence of any intentional criminal conduct was found,” the CSB says in its comment letter on the EPA’s May 2018 proposal. “In fact, several members of the ATF and Texas State Fire Marshall’s Office openly shared with CSB investigators that there was no evidence indicating intentional criminal acts, despite weeks of effort in the field combing through rubble and debris. As such, the CSB disagrees with the BATF’s conclusion that the fire was the result of arson.”

The CSB goes on to state that it believes the BATF appeared to have based its conclusion on “a discredited arson investigation technique” that relies on a process of elimination known as negative corpus.

“Essentially, when utilizing this methodology, if no evidence of causation for a fire or explosion can be found, then it is simply assumed that the cause was in fact an intentional crime, e.g., arson,” the CSB writes. “However, the National Fire Protection Association (NFPA), the world’s leading authority on fire investigation, stated in the 2011 edition of NFPA 921, Guide for Fire and Explosion Investigations, that the negative corpus methodology is inappropriate to determine the ignition source of a fire.”

In other words, the CSB suggests that even if the fire was a criminal act, compliance with a strengthened RMP program may have resulted in conditions in which an explosion would not have occurred.

Comments on the EPA’s proposal by the CSB and many other are available at https://www.regulations.gov, Docket EPA–HQ–OEM–2015–0725.