Facilities managers depend on standards to efficiently and consistently do good work, and when it comes to safety, there are many resources for them to consult. The U.S. Chemical and Safety Hazard Investigation Board (CSB) released a Safety Spotlight recommending that employers closely apply industry consensus standards to safeguard employee and public safety. Titled “The Importance of Industry Safety Guidelines, Codes, and Standards,” the report highlights the CSB’s role in accident investigation and focuses on several safety codes and standards that were issued or updated following incidents investigated by the CSB. The information is of great value to facilities management professionals, especially those in high-hazard industries. 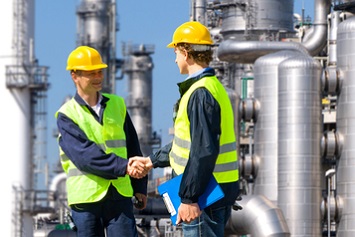 Like the National Transportation Safety Board (NTSB), CSB does not issue fines or citations. The board investigates explosions and other accidents at facilities to determine the root causes or safety management deficiencies that may have led to the accident. After concluding investigations, CSB makes recommendations to:

In addition to its investigation work, CSB makes recommendations to standard-developing organizations whenever it concludes there are safety gaps or deficiencies in an existing standard. For example, following its investigation of a series of combustible dust explosions, the board concluded the employer had strictly adhered to an existing standard despite experiencing the explosions.

The three combustible dust explosions took place over a six-month period at a facility in Gallatin, Tennessee, and included:

During the course of its investigation, CSB learned the city of Gallatin and state of Tennessee had adopted the International Fire Code (IFC), developed by the International Code Council (ICC) into law. IFC Chapter 13, Combustible Dust-Producing Operations, referred to the National Fire Protection Association’s (NFPA) standard NFPA 484 Combustible Metals, Metal Powders, and Metal Dusts; however, the IFC’s standard did not specify whether NFPA 484 compliance was voluntary or mandatory.

The CSB recommend the ICC revise the language in the IFC. The revised standard clearly states facility owners are responsible for complying with all the referenced standards.

The CSB found that worker fatigue contributed to a March 23, 2005, explosion at a BP refinery in Texas City, Texas. The board concluded there was no industry standard or safety guideline addressing fatigue as a risk factor. The CSB recommended the American Petroleum Institute (API) and United Steel Workers collaborate on developing a standard for managing fatigue and mitigating the associated risks at petrochemical facilities.

On April 2010, the API issued Recommended Practice (RP) 755 – Fatigue Risk Management Systems for Personnel in the Refining and Petrochemical Industries. The API then invited CSB staff to participate in the revision of the recommended practice. A second edition of RP 755 is slated for release this year.

Other standards have been revised or updated based on CSB recommendations, including:

Standards Made More Useful for Employers

CSB’s work has contributed to the ongoing improvement of industry standards.