Anyone who is even a casual watcher of do-it-yourself or home renovation on networks like HGTV are familiar with the preponderance of mold in older homes. It’s expected, to some degree, as the structures often featured in these shows have either been neglected or abandoned for years prior to the start of renovation. What you might not expect is that mold could actively invade your workplace. 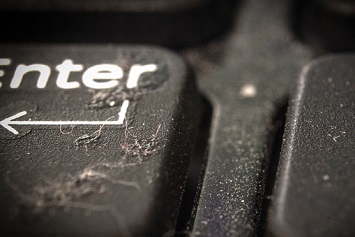 In an ironic twist of fate, that is exactly what’s happening at the offices of the Texas Department of State Health Services at the Austin State Hospital’s (ASH) 636 building.

According to a report from The Texas Tribune, “as of July 10, as many as 127 state workers have been affected by mold in the building.” The mold has appeared on their desks, chairs, keyboards and hand rests, and even shoes left in the office.

By mid-July 2018, the Texas Health and Human Services Commission, which oversees the department, had spent close to $16,000 on assessments and remediation costs, The mold assessment was conducted by Baer Engineering (the Texas Tribune was able to get a copy of the report) found that “visible suspect mold was observed on desks, cabinets, chairs, carpet, walls, and around skylights.” The assessment also noted that the HVAC system was a factor in the mold growth, as the cycling of the system on nights and weekends had negatively impacted the temperature and humidity within the building to promote mold growth.

Baer Engineering recommended that the state agency “professionally clean or toss all furniture contaminated by mold; remove and replace damaged drywall walls in three areas of the building; keep the humidity at or below 65 percent or the temperature at or below 82 degrees Fahrenheit; and have the building ventilation evaluated by a specialist.” Sound advice.

In the meantime, affected employees have been moved to new workspaces in the building, or, moved into different buildings altogether while remediation efforts get underway.

Hopefully, your facilities don’t have a mold problem. To help keep it that way, check out our handy checklist to help keep mold at bay.