OSHA’s illumination standards for construction (29 CFR 1926.56) and shipyard employment (29 CFR 1915.82) set minimum lighting requirements in terms of foot-candles, a term that has been somewhat indistinct for employers and one that OSHA itself has acknowledged does not provide clear direction on how much light is needed for specific tasks. 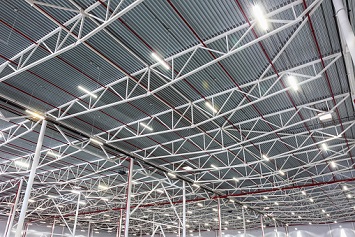 The standards are intended to ensure that specific work areas or areas where workers are stationed or passing through are provided with lighting that is sufficient to enable the workers to see hazardous conditions and avoid injury.

What Is a Foot-Candle?

A foot-candle is the amount of light generated by a single candle that falls on a single square foot of surface no more than a foot away from the candle. While the term continues to be used in OSHA’s standards, lighting professionals consider it out of date, and it has generally been replaced by more precise terms, such as lumen and lux.  A lumen measures the total amount of visible light emitted by a given source. Lux is used to measure the amount of light output in a given area.

OSHA’s standard is brief, stating simply that listed areas of construction must be illuminated by a minimum number of foot-candles. Specifically:

The standards are somewhat more detailed than those for construction and also define the minimum requirements as “lumens (foot-candles)”:

Other parts of the shipyard standard prohibit provision of illumination by open flames; require guards for lights that are not completely recessed; require maintenance of connections, insulation, and electric cords; prohibit suspending lights by their electric cords (unless designed by the manufacturer to be so suspended); and address other items, such as overcurrent protection, splicing, and portable lights in areas where permanent lighting is not feasible or not working.

Neither standard addresses how to measure foot-candles or lumens for the purpose of compliance, e.g., the amount of light on a work surface. However, in a letter of interpretation from 1991, OSHA states that the existing illumination level at any work surface within a worksite is best measured with a light meter reading in lumens per square foot, which are equal to foot-candles. That advice remains relevant to OSHA’s illumination standards.