Do you know the probability of violent crime at your facility? High? Low? What kinds of crime is your facility most vulnerable to? Is there any way you can evaluate your risk? 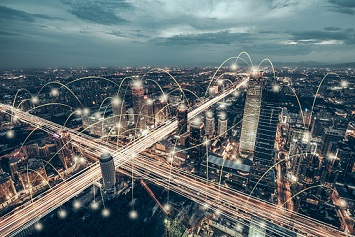 The answer to that last question is: probably. After all, police departments across the United States have been fine-tuning their evidence-based policing tools for many years now, and as the research accumulates, the tools become more widely available and easier for other groups to make use of. One tool in particular, risk terrain modeling, uses geographic information system (GIS) data to create maps of areas where crime is more likely to occur and identifies factors that can help to reduce the risk.

One of the earliest forms of evidence-based law enforcement was “hot-spots policing,” in which police departments mapped arrests, calls for service, and other indicators to determine where specific types of criminal behavior occurred repeatedly. By combining street maps, reported crimes, and location-specific information like vacant buildings, bus stops, and even traffic lights, law enforcement agencies were able to readily visualize high-crime areas, sorting them by the kind of crime that occurred (drug crimes, robberies, and assaults). Increasing police presence and other strategies like cleaning up vacant lots helps police successfully reduced crime in these “hot spots.”

Hot-spots policing works best for certain types of crimes, like drug crimes, that occur over and over in the same places. It also works better in areas with high population density. But hot-spot policing did show that some locations are higher risk than others and that the factors that increase and decrease risk can be identified.

Combining those ideas with GIS technology led to the development of “risk terrain mapping,” a law enforcement tool that maps risk factors—not just reported incidents—to identify areas where crime could be predicted to be likely, even if no crimes have occurred there in the past. Strategies can then be implemented to reduce the risk of crime.

Risk-mapping technology turns out to be fairly straightforward and to have many different applications. In addition to predicting criminal activity of various types, from drug crimes and robberies to border security to maritime piracy, it has been adapted to create maps for use in traffic and transportation planning, epidemiology and public health, and pollution prevention.

Its utility has increased its availability: It is now possible to download software applications (like this one developed by the School of Criminal Justice at Rutgers University) and create your own risk terrain map, for use in predicting the risk of various types of crime at a given location. For businesses, this could be used to predict the likelihood of criminal behavior of various types: