While this last batch of environmental enforcement penalties doesn’t contain any blockbuster million-dollar fines or penalties, they still highlight the ongoing need for regulatory adherence! These four recent compliance slip-ups ranging from risk management violations to spill prevention mishaps, with one costing a business $500,000, not including the $200,000 it will cost them to install a new real-time monitoring system. 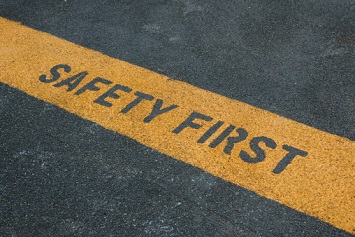 CAA RMP violations: According to the EPA, Sinomax East, a high-density memory foam producer, was in violation of the Clean Air Act’s (CAA) Risk Management Program (RMP). The company failed to note the presence of institutions, parks and recreational areas, and major commercial office and industrial buildings in its risk management plan; failed to properly maintain the records of assumptions and parameters used in the off-site consequences analysis for the worst-case scenario and the alternate case scenario; and failed to review the hazards associated with a regulated substance, process, and procedure. The company did not display warning signs and National Fire Protection Association (NFPA) placards related to the presence and hazards of a regulated substance at two entrances to the chemical storage area. Sinomax East failed to develop and implement written operating procedures that provide clear instructions for initial start-up, normal operations, temporary operations, emergency shutdown and operations, normal shutdown, start-up following a normal or emergency shutdown or a major change that requires a hazard review, consequences of deviations and steps required to correct or avoid deviations, and equipment inspections.

Penalty: $150,731 fine. In addition, GBW must submit documentation to demonstrate that accurate hazardous waste determinations have been performed at each facility and submit two biannual compliance reports.

Penalty: $500,000 fine. AGP will also spend an estimated $200,000 on a monitoring system project that will include real-time continuous monitoring of high and low tank levels; and audible alarms and cutoff switches that will de-energize the equipment from pumping further oil into the tanks when high levels are reached. The system will be installed on seven of the company’s large, crude soybean oil storage tanks.

CAA RMP violations: According to the EPA, the city of Creston was found in violation of the CAA’s RMP at its Twelve Mile Water Treatment Plant. An EPA inspection conducted in May 2016 revealed the city had more than 10,000 pounds of chlorine at its facility. The city failed to develop a management system to oversee the implementation of an RMP, failed to review and update the off-site consequence analyses at least once every 5 years, failed to comply with Program 3 prevention requirements, and failed to file and maintain a risk management plan.

Penalty: $20,362 fine. In addition, the city will spend approximately $133,750 to replace the current chlorine gas disinfection system with a sodium hypochlorite decontamination system.