According to the National Institute for Occupational Safety and Health (NIOSH), 95% of drug overdose deaths that occurred in 2016 were among the working age population, persons aged 15–64 years. With the problem so widespread, few facilities are immune—read on for the latest data, investigations, and research. 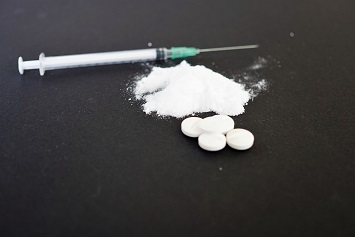 “While we do not know how many of these individuals were employed at the time of their overdose, we do know that the work environment, including potential work-related injuries, can increase the potential for opioid use,” states NIOSH. The Institute recently released a new webpage to outline its approach to the life cycle of opioid use—from precursors in the workplace to use conditions to containment and decontamination to recommendations targeted for protecting workers.

NIOSH’s framework details an approach to examining workplace conditions that can be risk factors for medically prescribed opioid use becoming opioid misuse, protecting responders from exposure to fentanyls and their equivalents, developing methods of rapid detection of dangerously potent opioids in a workplace, and providing information about effective decontamination of workplaces. The framework comprises the following three parts.

NIOSH says it is obtaining the data needed to characterize the opioid crisis in workers. Data already in NIOSH’s possession include the following:

NIOSH is conducting field investigations to determine the extent of opioid exposures and best approaches for prevention. NIOSH has issued three interim reports:

NIOSH’s goal is to transfer knowledge into practice to promote effective interventions and is focusing its investigations in two areas.