On Tuesday, June 25, 2019, Illinois became the 11th state (plus Washington D.C.) to legalize recreational marijuana, while 33 states have now legalized medical marijuana. And as many states become more lenient with their marijuana laws and regulations, organizations should seek out everything there is to know about marijuana and workplace safety and wellness. 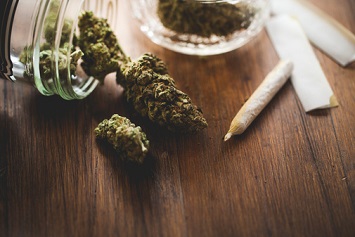 Understand Laws Around Recreational and Medical Marijuana Use

While it isn’t technically illegal in some states to use marijuana (note that this does not include federal laws and regulations), it most certainly isn’t acceptable for employees to show up to work under the influence, unless there is a well-documented and preapproved medical reason on file.

And you wouldn’t permit this because it will impair their abilities to operate machines (putting themselves and everyone around them at risk) and complete their everyday work tasks.

If some employees rely on marijuana for medical reasons, be sure to establish limitations with them on a case-by-case basis or outline them in your organization’s established policies.

Here is more detailed information regarding what is required of you by law and what is not regarding marijuana in the workplace; keep in mind that this can potentially vary from state to state and that laws and regulations are currently being updated on a somewhat regular basis.

To ensure safety and wellness across your organization, develop policies that outline limitations around marijuana use in the workplace and what is and is not acceptable. Also include in your policies what will happen if someone is found using marijuana on your premises and what courses of action will be taken. And include your organization’s policy on drug tests and when and where they will be administered.

In addition, even though most health insurance companies won’t offer coverage for medical marijuana prescriptions due to its being classified as a Schedule One Substance under the Controlled Substances Act, they will offer coverage for legal alternatives to medical marijuana. If your organization’s healthcare affiliate will cover such alternatives, be sure to notify your employees of all their options.

Be Aware of Signs of a Serious Problem

Short-term psychoactive effects of cannabis or marijuana include feelings of euphoria, relaxation, and sociability. Short-term physical effects and cognitive effects include a mild increase in heart rate and blood pressure, as well as some impairment in concentration, short-term memory, and certain psychomotor skills (primarily decision time and trajectory).

Additional physiological effects include dry mouth, reddening of the eyes, and increased appetite. And long-term effects of chronic marijuana use include grouchiness, sleeplessness, decreased appetite, anxiety, and cravings.

As you develop your policies and programs, be sure to consider all marijuana wellness and workplace safety issues addressed above.