Employers and employees have relied for years on methylene chloride (also called dichloromethane), one of the more effective substances for industrial cleaning, degreasing, and paint stripping, among many other uses. But, as a commercial product, methylene chloride has few peers when it comes to its hazardous effects on users. 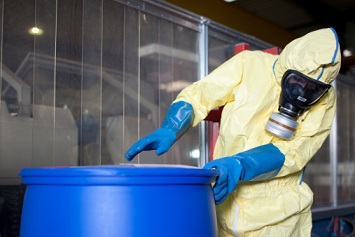 No use of methylene chloride, even outdoor uses, should occur without engineering controls to divert fumes and personnel protective equipment (PPE) to ensure protection against inhalation. Indoor use of methylene chloride is extremely hazardous and should be avoided if possible. One indoor application of methylene chloride that has been raising alarms in recent years is its use to strip bathtubs. In 2012, the National Institute for Occupational Safety and Health (NIOSH) reported that 13 methylene chloride-related deaths associated with professional bathtub refinishing operations occurred during 2000–2011 (https://www.cdc.gov/mmwr/preview/mmwrhtml/mm6107a2.htm). This compares to the two deaths linked to methylene chloride stripping of bathtubs during 1976–1999.

“Ten different products were associated with the 13 deaths,” noted NIOSH. “Six of the products were marketed for use in the aircraft industry, the rest for use on wood, metal, glass, and masonry. None of the product labels mentioned bathtub refinishing.” (emphasis added)

In a fact sheet, the Washington State Department of Labor and Industries explains why methylene chloride should never be used to strip a bathtub:

“MC vapor is absorbed quickly by the lungs at low concentrations that you cannot smell. MC vapor is heavier than air. Vapor can sink and remain low in the bathtub and breathing area during stripping. Bathrooms are difficult to ventilate effectively. Standard ceiling bathroom fans cannot remove MC vapor from low inside the bathtub where you are breathing. Ventilation is needed to both suck contaminated air out of the bathtub and push fresh air into the space. Small bathrooms with limited windows are difficult to ventilate without air turbulence. Filter and respirator cartridges don’t protect you from MC vapor. Instead, you need a full-face supplied air respirator.”

The department’s recommendation is unequivocal—“DO NOT use methylene chloride-based strippers on bathtubs.”

As noted, methylene chloride is highly effective at stripping paint, and employers continue to have their employees apply it to bathtubs despite warnings. Where this is the case, Washington State says the following measures should always be taken: