With more than 2,000 estimated growing facilities in the U.S., and with 5 times more employees than the coal industry, the cannabis (Marijuana) business is booming. Thirty-four states, along with the District of Columbia (D.C.), have medical marijuana statutes on the books. In addition, 10 states and D.C. have also approved it for recreational use, with Illinois set to become the 11th state at the beginning of next year. 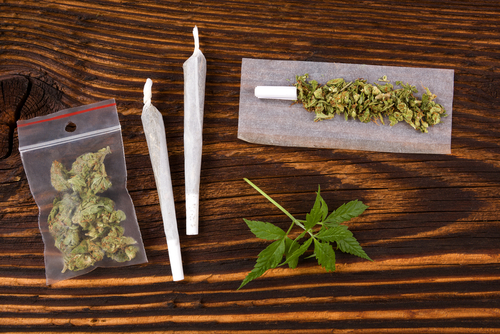 Where does that leave employers seeking a drug-free workplace for safety and security reasons? The answer is complicated. There is no uniformity in employment and drug-testing laws, and the most universally applicable advice may be to consult your attorney.

The federal stance on marijuana is crystal clear: Its possession and use are illegal. Marijuana still is a Schedule I substance under the federal Controlled Substances Act. The federal government does not recognize any medical uses and considers marijuana as having a high potential for abuse and dependence.

While legalization of marijuana generally has not required employers to accommodate its use among their workforce, that may be changing. Some states do have disability antidiscrimination statutes that include protections for medical marijuana users, and some have preemployment drug testing bans already in place or soon going into effect.

However, while some states have antidiscrimination rules surrounding medical marijuana or drug testing bans, many also have workers’ compensation laws that require postaccident drug and alcohol testing, leaving employers to sort out these conflicts.

Whether you can test job applicants or employees for drug use and what actions you can legally take when someone tests positive depends on the laws in your jurisdiction. Laws vary from state to state—and even within states—when it comes to:

The National Safety Council (NSC) has been vocal both about the impairing effects of marijuana and employers’ right to insist on having drug and alcohol-free workplaces, including the use of testing for drug and alcohol use and abuse.

When Illinois enacted its recreational marijuana act this summer, the NSC raised concerns about roadway and workplace safety. The group encouraged the state legislature to also enact marijuana-impairment statutes.

The NSC also continues to survey employers about their concerns regarding marijuana-related employee impairment on the job impairment. Sixty-one percent of respondents in the NSC’s most recent survey cited impairment at work as a safety concern; and 55 percent said employers should test for marijuana use, even if its recreational use is legal. 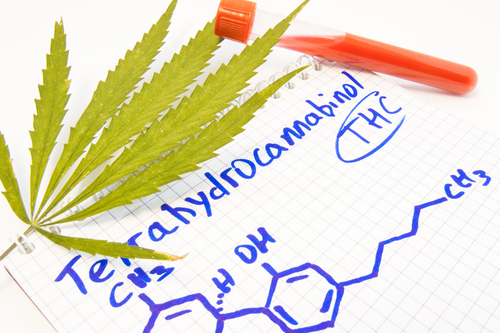 The psychoactive component of marijuana is delta-9-tetrahydrocannabinol (THC), which can be detected in hair or urine during drug testing. Current testing methods do not evaluate subjects for cannibidiol (CBD). However, some CBD products may contain THC, and CBD product users may test positive for THC.

Marijuana has become more potent over the past few decades. In 1992, the average concentration of THC in marijuana was 3.8 percent, according to the National Institute on Drug Abuse (NIDA). By 2014, it was 12.2 percent. Also, marijuana may now be consumed in a variety of products, including e-cigarettes and edibles ranging from lollipops to syrups to chocolate bars.

Where does OSHA stand? Drug use on the job is an obvious safety hazard; however, when testing employees for substance use following a workplace accident, employers must be careful not to run afoul of OSHA’s antiretaliation rules. Because reporting a work-related injury or illness is a protected activity, and imposing negative consequences for protected activities is prohibited under the recordkeeping rules at 29 CFR 1904.35 and 29 CFR 1904.36 and by the whistleblower protection rules in Section 11(c) of the Occupational Safety and Health Act (OSH Act), OSHA has indicated that automatic drug testing of any employee who reports an injury could constitute illegal retaliation.

OSHA believes that if employees know they will be drug tested following an on-the-job injury, regardless of whether or not drug use was a factor in the incident, employees will be less likely to report injuries. And in situations where drug or alcohol use is unlikely to have caused or contributed to an incident, requiring employees to submit to a drug test could be considered retaliatory.

However, OSHA does not ban postaccident drug testing altogether. Instead, it requires employers to have a valid safety-related reason for performing a postaccident drug test, such as contributing to a root cause analysis. If drug testing is used to investigate and determine the root cause of an incident, then all employees whose conduct could have contributed to the incident should be tested, not just the employee or employees who reported injuries.

The agency also makes exceptions for employers that are required to conduct postaccident drug testing under another state or federal law, such as the Department of Transportation (DOT) rules for commercial drivers or a state workers’ compensation statute.

However, OSHA’s scrutiny of drug testing programs applies only to postaccident drug testing. On October 11, 2018, the agency clarified that examples of permissible drug testing include:

It may seem as if the tools employers can use to combat drug use on the job are becoming fewer by the day. However, you do not have to tolerate marijuana use on your premises or a worksite you control, and you do not have to look the other way if employees show up for work impaired.

It may be helpful to think about marijuana use as analogous to alcohol consumption. Would you put up with a drunk or chronically hungover worker? Employees must be fit for duty at work, regardless of the potential source of impairment.

A clearly written drug and alcohol policy is a key step for employers looking to protect their interests and avoid liability. But first, consult with legal counsel about the situation in your municipality, county, and state. Questions to address include:

Your situation truly depends on where your company is located and where you operate. Medical marijuana cardholders in New York have discrimination protections under the state’s disability law. A Massachusetts court allowed a worker to sue for disability discrimination after testing positive for marijuana. Some states place restrictions on asking applicants about their criminal history, including questions about arrests or convictions for marijuana possession. However, some states do not provide protections for medical marijuana users, even if they only use marijuana off duty.

Not only is there no uniformity in the law, but the laws are continually changing. You—or your legal counsel—must review the current statutes and recent case law in your location.

The NSC recommends that a workplace drug and alcohol policy include: