Apple is one of the largest technology companies in the world, and its Apple Park campus has a sleek, modern design meant to reflect the organization’s cutting-edge products and innovative culture. However, the glass walls and doors are proving to be a bit of a safety issue for some employees. It is a reminder that design and construction can have a big impact on facility and worker safety. 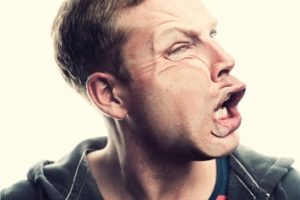 MarketWatch reports that “[a]ccording to documents and sources, Apple has run into a problem at Apple Park: Because so much of the interior is made from glass—the walls and doors, for example—people are walking into the panes, sometimes painfully.

“The company famous for its innovative design experienced at least two incidents of men walking into glass and causing injuries serious enough to warrant calls for local emergency services in the early days of its new ‘spaceship’ campus, according to documents MarketWatch obtained via a public-records request. Both resulted in minor cuts but did not appear to require hospitalization, the records showed.”

While the entire story comes across as humorous (especially considering that a company that creates distracting devices has its employees walking into walls), the lack of foresight with some of these design elements could result in a violation of workplace safety laws.

As The Verge reports on the incidents, “The irony is delicious that Apple employees were too glued to their iPhones to notice the harms they’re bringing upon themselves, but, legally speaking, Apple may be subjected to a workplace violation. California laws require employees to be ‘protected against the hazard of walking through glass by barriers or by conspicuous durable markings,’ so the company could be fined if it does not find a better solution for marking doors and walls—or it keeps removing Post-it notes put up with the express purpose for just that.

“It wouldn’t be the first time Apple got in trouble for putting its architectural vision before prioritizing safety. In 2012, an 83-year-old woman sued Apple after walking into a see-through door at an Apple Store and breaking her nose.”